It may seem now like the iPhone was a sure thing. But 15 years ago at launch, its success was far less certain. Tech insiders acknowledge they can rarely tell if something will be a hit until development is pretty much done. 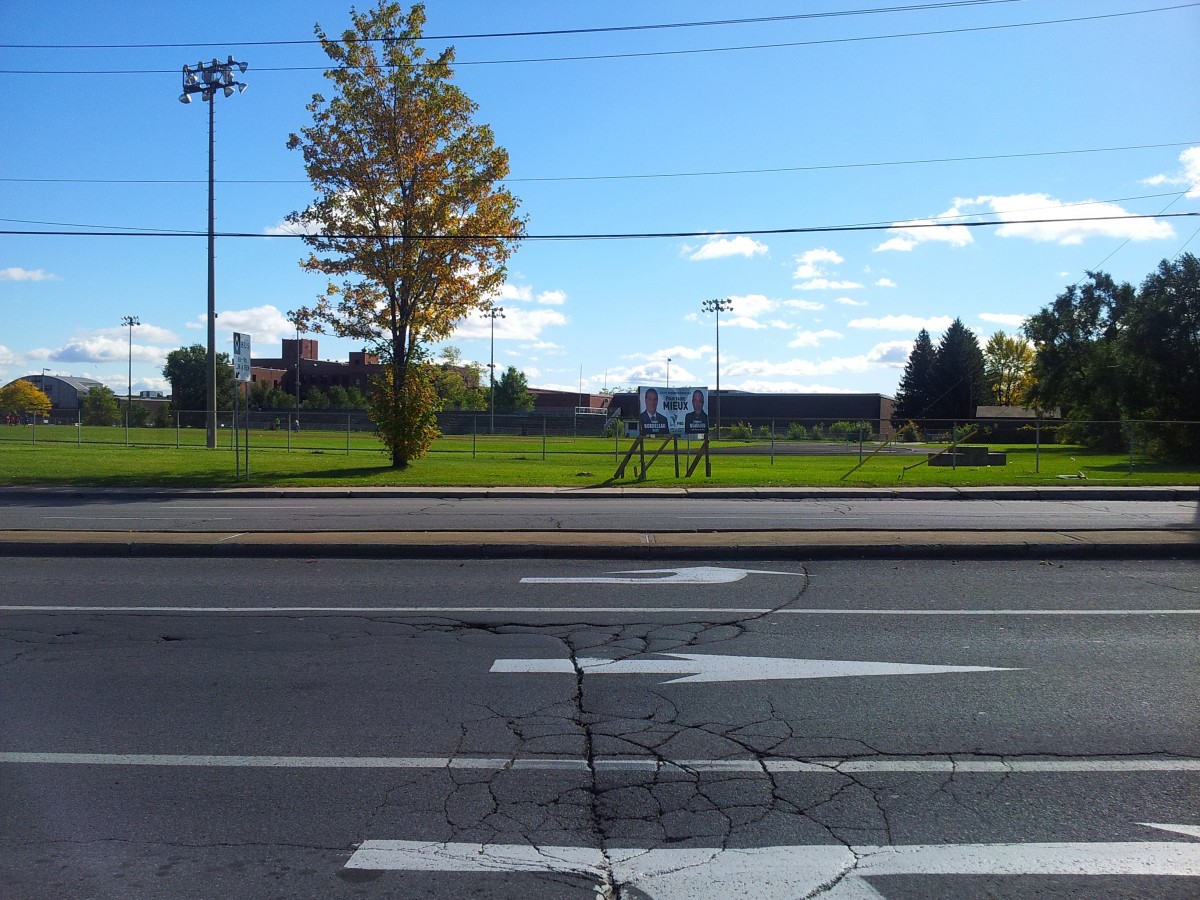 Product development is shrouded in mystery, yet the results can have wide-ranging impacts on our lives.

Fifteen years after the original iPhone hit store shelves, we’re all still waiting for that next big thing.

Back before the iPhone launched on June 29, 2007, was used to a regular working rhythm at Apple. People would send out emails at the beginning and end of the day, with «action items» based on conversations and other things that had recently happened. Sometimes, emails arrived between meetings too, but it wasn’t a lot of them.

That all started to change about five months before the iPhone’s launch. Suddenly, the frequency of emails increased. The several dozen employees using prototype iPhones around the company’s Cupertino, California, offices were sending many more emails throughout the day, including in the middle of meetings, ramping up communication across the company.

Now the principal at , Fadell at the time was head of Apple’s iPod music player division and a key member of the team creating the first iPhone. He was already one of Apple’s top executives, the «father of the iPod,» having spent more than a decade making mobile devices.

But the iPhone seemed different, he said. Even though it wasn’t yet fully functioning as a phone, Apple employees were already finding it indispensable. They used it not just to communicate throughout the day, but also to Google things — to confirm a fact or jolt their memory midconversation.

«The center of gravity shifted,» he said. Suddenly, the work laptop wasn’t as important. Instead, the iPhone had become one of the most critical devices in their daily lives.

Fadell’s revelation was one of the first signs that the iPhone was going to be more than Apple’s take on a smartphone. Within a few years, the iPhone would be on its way to kick-starting a mobile renaissance, with attached cameras, always-on internet connections and downloadable apps .

But the iPhone’s success wasn’t a sure thing when it launched 15 years ago, not even for Apple. Back then, the device barely had any of the core features many of us take for granted today, like video chat, wireless syncing or its superfast internet connection. The original gadget didn’t have an App Store either, and the multibillion-dollar companies that apps would one day spawn didn’t yet exist. Back then, the iPhone was an uncomplicated device that Apple pitched as a , a mobile phone and an internet communicator.

It’s difficult to invent «the future» with a truly game-changing product, and it’s even harder to spot when that’s happening. Tech companies spend most of their time improving what already exists, often by making products more capable, easier to use and incrementally faster. But companies also invest in big bets like the future of television, global internet access or electric cars. (Consider Facebook, which is so determined to convince us about moving into the metaverse with its VR headsets that it .)

Despite all that time and money, though, sometimes companies come along with a new idea that seems poised to change everything — only it doesn’t. And in the few instances when a product does begin to transform things, it rarely feels groundbreaking at the time. Instead, it usually seems overhyped and disconnected from reality.

The first rule of history is you can’t predict the future.

Perhaps that’s why Jim Balsillie, then BlackBerry’s co-CEO, was so dismissive of the iPhone. BlackBerry’s other CEO, company co-founder Mike Lazaridis, was so intrigued that he’d corralled Balsillie to watch a webcast replay of Apple’s launch presentation.

«These guys are really, really good,» Lazaridis said, according to the book, . «This is different.»

Less than a decade later, .

Bolt from the blue

The tech industry is no stranger to products that don’t live up to the hype.

Perhaps one of the most famous moments was in 2001, when rumor spread of a mysterious world-changing invention by , already known for creating the drug infusion pump, portable dialysis machine and a stair-climbing wheelchair called the iBot. Now .

Kamen went on ABC’s Good Morning America that December to reveal a two-wheeled, self-balancing scooter called the Segway. After a close-up shot of the device, which Kamen called «a pair of magic sneakers» that took you in whatever direction you thought of, show co-host Diane Sawyer . Moments later, she said, to laughter from the audience, «I’m tempted to say, ‘That’s it?’ But, that can’t be ‘it.'»

Even if the Segway had potential to be the next big thing, it struggled to grab consumers. It finally did become , and Apple co-founder Steve Wozniak’s , but it’s never seen mainstream success.

Many products encounter similar struggles. And even if a product is revolutionary, that next big thing may arrive at the wrong time, only to be quickly supplanted by something else.

«When you’re in it, it’s very hard to see what’s being transformed,» said , a history professor at the University of Washington and author of . «These technologies that change the human perception of space and time — it’s another order of magnitude.»

O’Mara remembers that back in 2007 she didn’t want an original iPhone, but her husband did. He was an early adopter, after all. But he also worked at Microsoft, theforwardview whose software . So she, like other Microsoft spouses at the time, was the one who got it instead.

«Why is it worth it to me other than just, ‘This is going to make me seem cool’?» O’Mara remembers thinking back then. «It’s a lot of money, what does it really do?»

With 15 years of hindsight, O’Mara can point to many reasons why the iPhone stood out: The device was coming into a world where Microsoft was king, powering more than 90% of computers worldwide. The tech industry was also midway through a significant evolution, from to the clean, simple designs from Google, Facebook and, yes, Apple.

It’s just a matter of time.

Tony Fadell, «Father of the iPod» and iPhone co-inventor

In 2010, Apple added a front-facing camera to the iPhone 4, helping popularize the word «» and turn celebrity on-the-go social media posts into a cultural phenomenon. Even then, it took another four years for Apple to take the crown for , with the .

«When I’ve been witnessing something, I have reflexive skepticism,» O’Mara said. «The first rule of history is you can’t predict the future.»

The iPhone wasn’t the only device people underestimated. Longtime tech analyst  remembers sitting in the third row of the Flint Center at De Anza College in Cupertino on . That’s the day Apple co-founder Steve Jobs introduced the original Macintosh computer.

Bajarin remembers , sporting long hair, a double-breasted jacket and a bow tie, showing off his passion project, an unusual-looking computer with an all-in-one design, save for its keyboard and mouse. At $2,495 per computer — $7,019 when adjusted for inflation — «it was really expensive,» Bajarin remembered thinking.

A year later, Bajarin began hearing that the Macintosh was changing the publishing and marketing worlds. Hollywood movie studios, he’d learn, were using it to lay out movie posters for one-tenth the $100,000 they used to pay to a print team. «I don’t think anyone understood the magnitude of what was happening,» he said.

A quarter of a century later, critics dismissed Apple’s latest new product, the iPad. They complained that it was just a larger iPhone, with a silly sounding name.

said that after a product launch, the Apple co-founder would stand in the kitchen scrolling through emails, going from gleeful to fuming as he encountered praise then criticism.

When I asked Isaacson, who’s also , whether another product like the Macintosh or iPhone might come along, he recited a telling quote from 1899: «.»

«There are definitely ‘holy shit’ things that are about to happen,» he said. They just may not be in technology. Some people believe it’ll be true self-driving cars. Or when a humanlike artificial intelligence emerges. Isaacson said he believes it’ll be in biotechnology. «The one big difference is, it won’t happen at the or Mark Zuckerberg or Bill Gates’ dorm rooms.»

Everyone from small-time inventors to titans of industry is chasing that next iPhone moment. Zuckerberg, co-founder of Facebook, believes virtual reality and augmented reality may be that big leap.

So far, he’s put untold billions of dollars toward developing headset technology. Zuckerberg has even renamed Facebook’s parent company to Meta, as in metaverse, or .

All with the hope of creating the next big thing, just like Apple did with the iPhone.

«Companies are constantly looking back at that moment and trying to replicate it,» said , a director at the creative agency Frog Design. «It’s an unachievable benchmark.»

For the past 15 years, Yust has worked on AR and VR technologies, including , which used a phone’s camera to superimpose representations of furniture on an image of your room, giving you a sense of whether that couch or table would fit and look good.

He’s also realistic. Though Frog has worked with some of the most recognizable companies in the world, including Apple, Yust said he hasn’t had a chance yet to work on something as tectonic as the iPhone.

He thinks of his time working on Ikea’s app, as well as projects that include using VR to , as a waypoint on the path from the iPhone’s launch to whatever supplants it. «Humanity in general needs so much innovation right now,» he said.

There are definitely ‘holy shit’ things that are about to happen.

Fadell, for his part, said the iPhone represented a culmination of more than 15 years he’d been working on mobile devices at companies like Apple, Sony, Phillips and an early smartphone .

«It takes those, very early, seeing it or seeing what it could be, so that when you see the pieces come together, you go, ‘Oh my God!'» he said. «It’s just a matter of time.»